For the last few weeks, I have been playing with the new NES 300 Li-Ion Battery Pack from Nitecore. I was given the pack along with a foldable 100W solar panel from Nitecore. I had never used a Nitecore battery or solar product before, so this was my first exposure to the brand. I previously only thought they made nice flashlights. I was not paid for this review, but was allowed to keep the review products.

The short version: I love the waterproof, foldable 100W solar panel. It works well with other battery packs like the Jackery 300 which have similar input ports. It’s very light and portable compared to most clunky 100W panels. I was able to get 65W input showing on the nitecore NES 300 and the Jackery 300 in pretty good direct sunlight during testing in Central Oregon on a 70-degree sunny day. It wasn’t quite perfect sunlight, but it was some solid rays.

I am not as big of a fan of the NES 300 Battery Pack. While the design and size I do like, its rubber is really grippy and feels like you could throw it around without it breaking, the AC charger is loud and large and the AC port is a universal one vs a standard US port. It also only has one AC port vs the Jackery 300 with 2 ports. 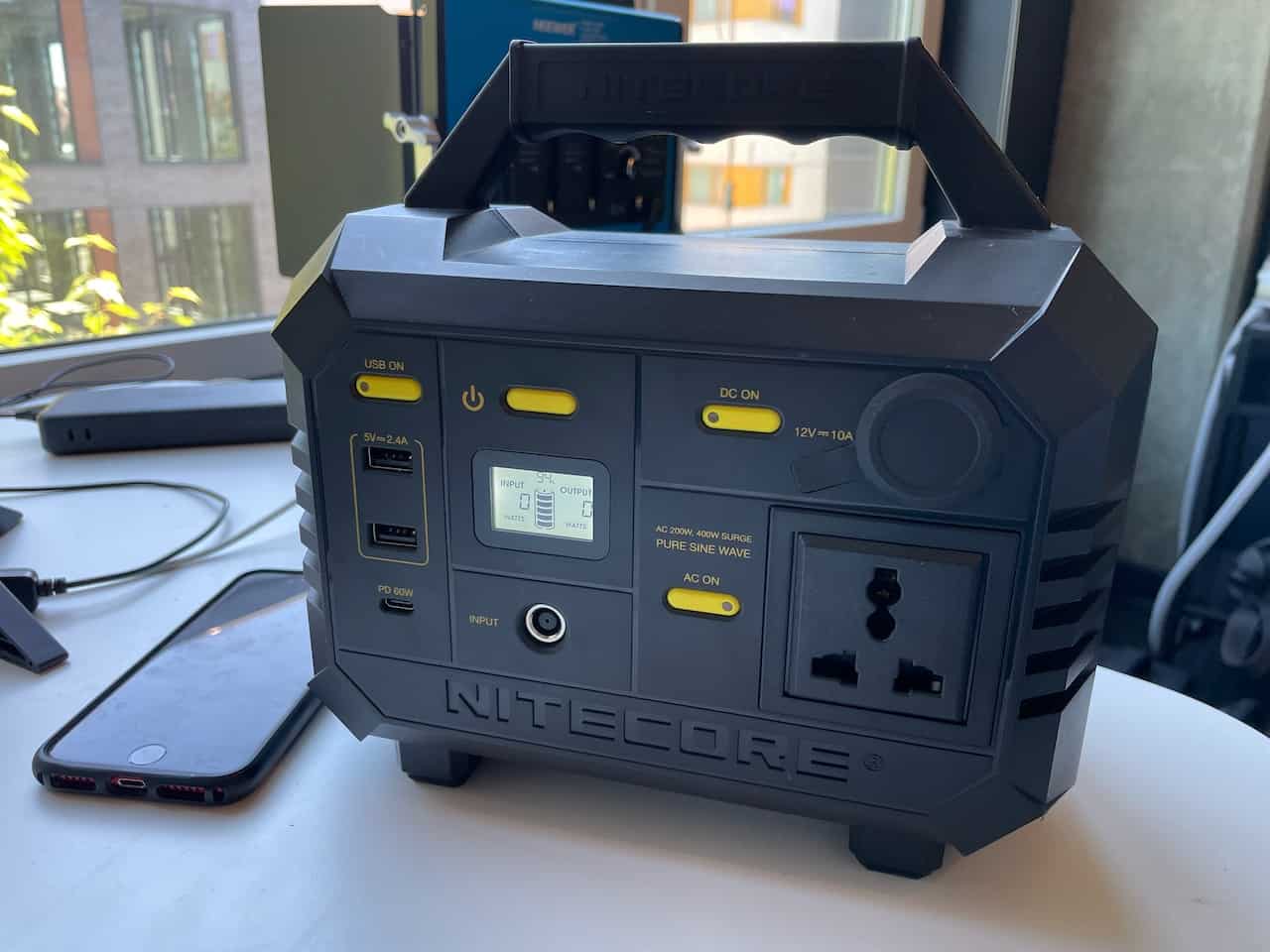 TLDR: buy the foldable 100W solar panel, but use it with another brand for the battery pack (like my fav Jackery 300).

Here’s a quick video of charging the NES 300 with the 100W foldable solar panel out in Central Oregon in mid-June 2021:

Here’s a video of me playing with the AC charger:

As you can hear, it was loud, and the build quality was not good.

UPDATE: Nitecore has told me the US version now has a standard AC port vs the Universal one that I wasn’t as much a fan of: 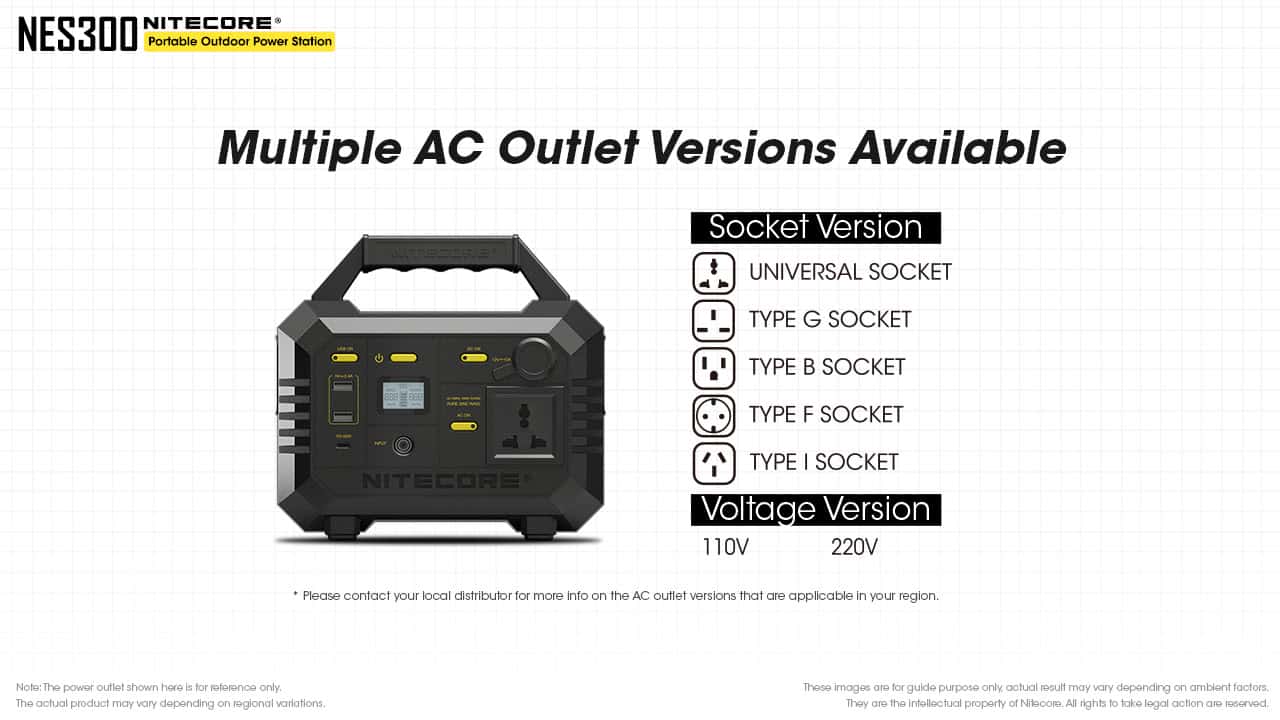 UPDATE: They also have updated the AC charger that I was not a fan of at all. With those two issues fixed, I would give this little unit a much better score, on par with the Jackery 300, may favorite in the small-mid capacity size.