If you are looking for an on-the-go portable power source, dozens of options have been available for over 3 years ago now. A power bank can help your cellphone go on for a few hours longer before needing an AC outlet. An uninterruptible power source (UPS) can keep your computer powered after a power outage. While a generator is a high-capacity power supply for heavy equipment.

However, a lithium battery-powered solar station such as the Goal Zero Yeti 1400 is a better power option than these options. It is environmentally friendly, has longer battery life, and can handle demanding equipment comfortably.

It’s compact, and lightweight, and its impressive 1500 watts continuous output and surge power of 3000 watts make it the perfect silent off-grid power option.

The Goal Zero Yeti 1400 is considered one of the best power stations in the market since it premiered over 3 years ago. However, its price can be intimidating for new buyers. This buying guide explores this solar generator’s features, what it can and can’t power, and its pros and downsides. 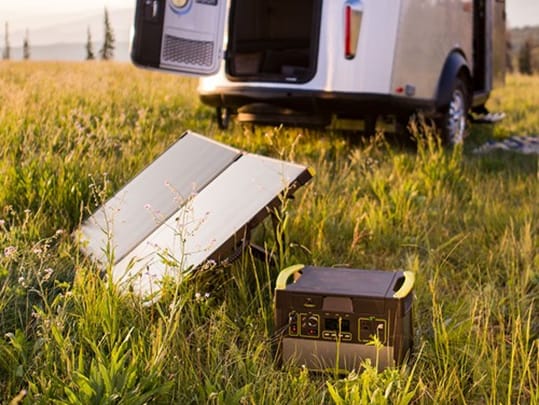 Here are some of its specs, features, and functions to know about.

The Yeti 1400 lithium power station also has an expansion port. The port is used to connect several Yeti 1400 batteries if you need extra power.

Lithium batteries don’t self-discharge when not in use, which is another excellent feature of the Goal Zero Yeti 1400 lithium portable power station. They also last over five times longer than lead-acid batteries.

Plus, you can use Goal Zero while charging with solar panels. This generator has a pass-through power functionality that enables you to draw and charge power simultaneously.

The solar generator isn’t the best option during winter. Its cooling system operates best at an outdoor temperature of 32°F – 104°F. The batteries are housed in a water-tight casing with a battery management system that prevents any overcharging, short circuits, or current spikes.

Enjoy a large LCD screen that displays battery strength and the Goal Zero Yeti WiFi app for your convenience.

The Goal Zero app that comes with the Yeti series is a unique feature. You’ll use the Yeti app to monitor, control, and update your solar generator’s firmware. You can also turn off any charging port that isn’t in use. 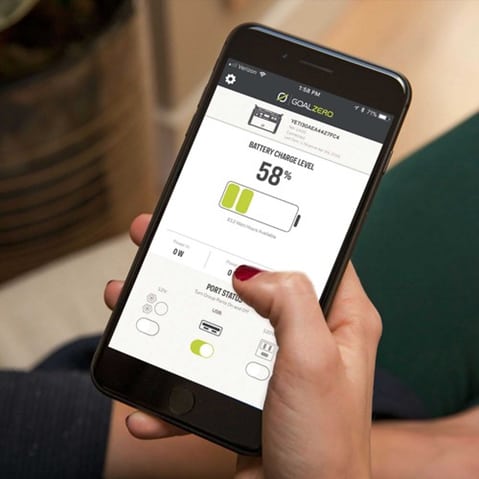 What Can a Goal Zero Yeti 1400 Lithium Power?

Now that we know what features the Yeti 1400 can boast of, let’s look at what this solar generator can charge without blowing up. The run time on a solar generator is usually dependent on the battery capacity and the devices being charged. The Goal Zero Yeti 1400 batteries have a capacity of 1425 watt-hours.

This amount of watt-hours will enable you to charge the following:

If you are deliberate about which appliances you charge, the Goal Zero can last longer than most inverter or fuel-powered power stations. Its charging versatility also means anyone will find the Yeti useful.

It can be used at home to keep your laptops and smartphones juiced up. And if you are headed for a camping trip or need an external power option while working outdoors, the Goal Zero Yeti can comfortably handle all your power issues.

No doubt, the Goal Zero Yeti is a powerhouse. However, it might struggle with high-power appliances such as power tools, electric drills, heaters, pressing irons, or vacuum cleaners. The Yeti has a pure sine wave inverter that supplies surge power of up to 3000 watts for demanding appliances such as heaters and coffee pots. But these appliances demand power and will likely damage your batteries if charged consistently. 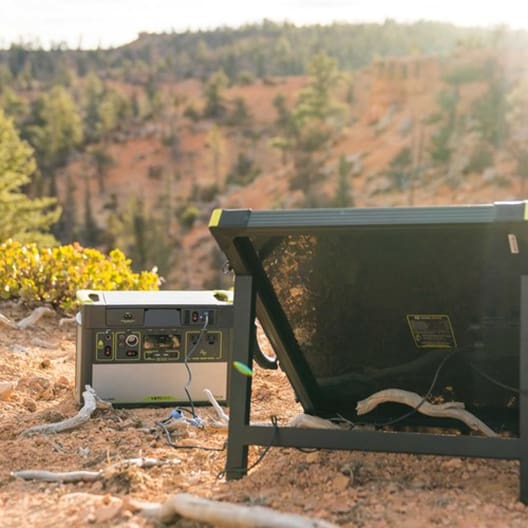 The Yeti 3000 is the larger-capacity version of the Yeti series.

It has a pure sine wave AC inverter and a capacity of 3075-watt hours. Asides from these two features, it is similar to the Yeti 1400 in most other features. It has a Yeti Lithium mobile app to monitor and control the batteries, a battery management system, and Goal Zero’s water-tight battery housing.

The Yeti 3000 differs in size and weight. It weighs over 68 pounds to make up for the higher capacity lithium-ion batteries and generator. This larger capacity allows it to power up a laptop 58 times, double the capacity of the Yeti 1400.

The Yeti 3000 is pricey. And while it has some advantages over the Yeti 1400, you don’t have to upgrade it if you won’t be needing the solar generator for extensive use.

On Amazon, verified customers rate it 4.4 out of 5 stars. About 70% of these buyers gave it a 5-star rating. This shows the quality of the Yeti 1400. Top reviews from customers in the United States and globally always mention the following points:

Asides from the durable battery and port versatility, reviewers also found it easy to set up and carry around. This can come in handy in various scenarios – when out camping, during an emergency, or when hiking with a group of friends.

In general, a majority of the reviews were positive and helpful. Yes, this is an excellent sign of the quality and reliability of the portable solar generator.

Nothing is perfect. Even the powerful Yeti portable solar generator has its advantages and disadvantages.

Let’s take a look at the upsides and downsides of using the Yeti 1400: 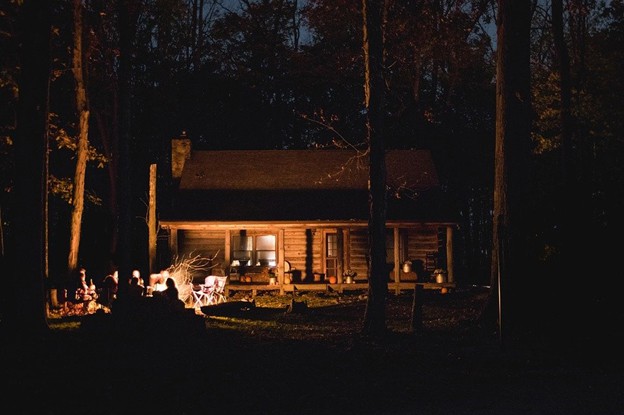 How Do You Charge a Zero Yeti Goal?

Before you power up your Yeti 1400, you’ll need to charge it fully. It can be charged via:

The Goal Zero team ensured that users could have various options when looking to charge the Yeti 1400. The batteries come semi-charged, but you’ll need to charge them for an additional 25 hours to get to full charge if you are using the AC wall outlet.

If you prefer solar panels, it’ll take about 4-5 hours to get it fully charged with 360 watts of solar panels. Goal Zero advises you to use the Boulder 100 solar panel briefcase. The Yeti battery comes with a PWM charge controller that ensures you don’t overcharge your batteries.

One thing to note, a 100-watt solar panel will get your generator to full charge in 28 hours. You can get a fast charger to reduce the charge time. This is sold separately.

If you don’t have the budget for solar panels, you can also use your car as a charging source. Years ago, cars were designed to have a cigarette lighter that doubles as a charger. The Yeti has an adapter that’s built for this particular charging option. The Yeti car adapter has a separate charge controller to ensure efficient charging through this power option, as most cars produce between 12V – 13.7V.

The Yeti 1400 is excellent for most of your power needs because it lasts long enough to power your important appliances and devices. Here are some examples.

Overall, the excellent customer reviews and outstanding features of 1400 make it a great product. It is also understandable why Goal Zero is regarded as an industry leader in the solar generator industry. We love that Zero comes with great capacity while being compact and lightweight. In addition to its quiet operations, these two features make it one of the best options when considering transitioning to an off-grid power option.

The app-enabled remote control and monitoring option are also great for a world where we all use smartphones. You wouldn’t get this feature on a fuel-powered generator. The email sign-on app helps you reach customer service instantly.

However, the price of the Goal Zero generator is high. It is a significant financial investment and goes higher when you add solar panels and accessories costs.

But the pricey nature of 1400 does make sense. When you consider the lengthy lifespan of its batteries and the almost non-existent running and maintenance costs, the heavy initial investment can be likened to the cost of running a fuel-powered generator over some time. So the question you need to answer is, “if you are willing to invest in a quiet and clean energy-producing solar generator at that price?”

Verdict: Should You Buy The Goal Zero Yeti 1400?

Overall, we think the Yeti is a high-capacity lithium power station launched over 3 years ago that can handle most of your power needs.

It will run small and medium power appliances for weeks without needing extra power-up. The LCD also ensures you don’t need to read any complicated manual to understand your batteries’ state at every single point in time.

If you are headed out for a camping trip or lengthy outdoor project work, the 1400 Lithium portable solar panel-powered generator is the best option to keep your lights running, your devices charged, and your food cool. 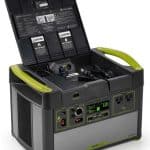