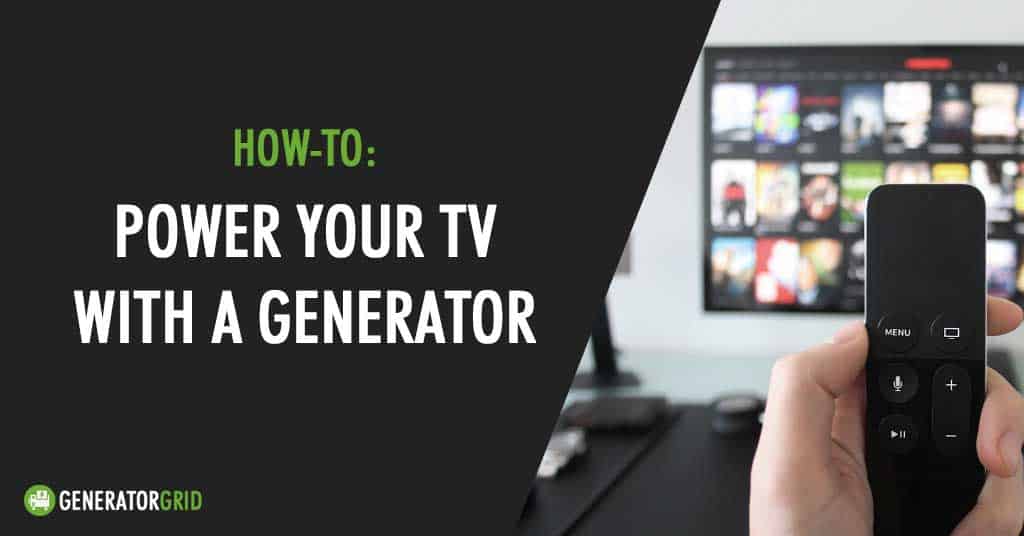 There are times when you really want to have a working television and your generator is the best–or the only–option to power it.

You wouldn’t want to be eager to watch your show only to find that your generator was overloaded!

This post will help you understand generators and televisions and how they work (or don’t work) together.

How Many Watts Does a TV Use?

It can be difficult to say whether a particular television and generator pair will work together because there is so much variety.To answer whether a portable generator can power your TV, you need to know how many watts it consumes, which will depend on the size of the screen, the type of television (LCD, Plasma, etc.), and whether or not it is energy-efficient.

Typically, a television’s wattage will be somewhere from 80 to 350 watts.

My TV uses about 160 watts when watching an average show on Netflix. Its screensaver mode uses a surprising 250 watts to power a bunch of fake fish moving around the screen. It’s an OLED screen. When the screen has mostly black on it, and a number of the LEDs turn off, it’s power drops quite a bit. 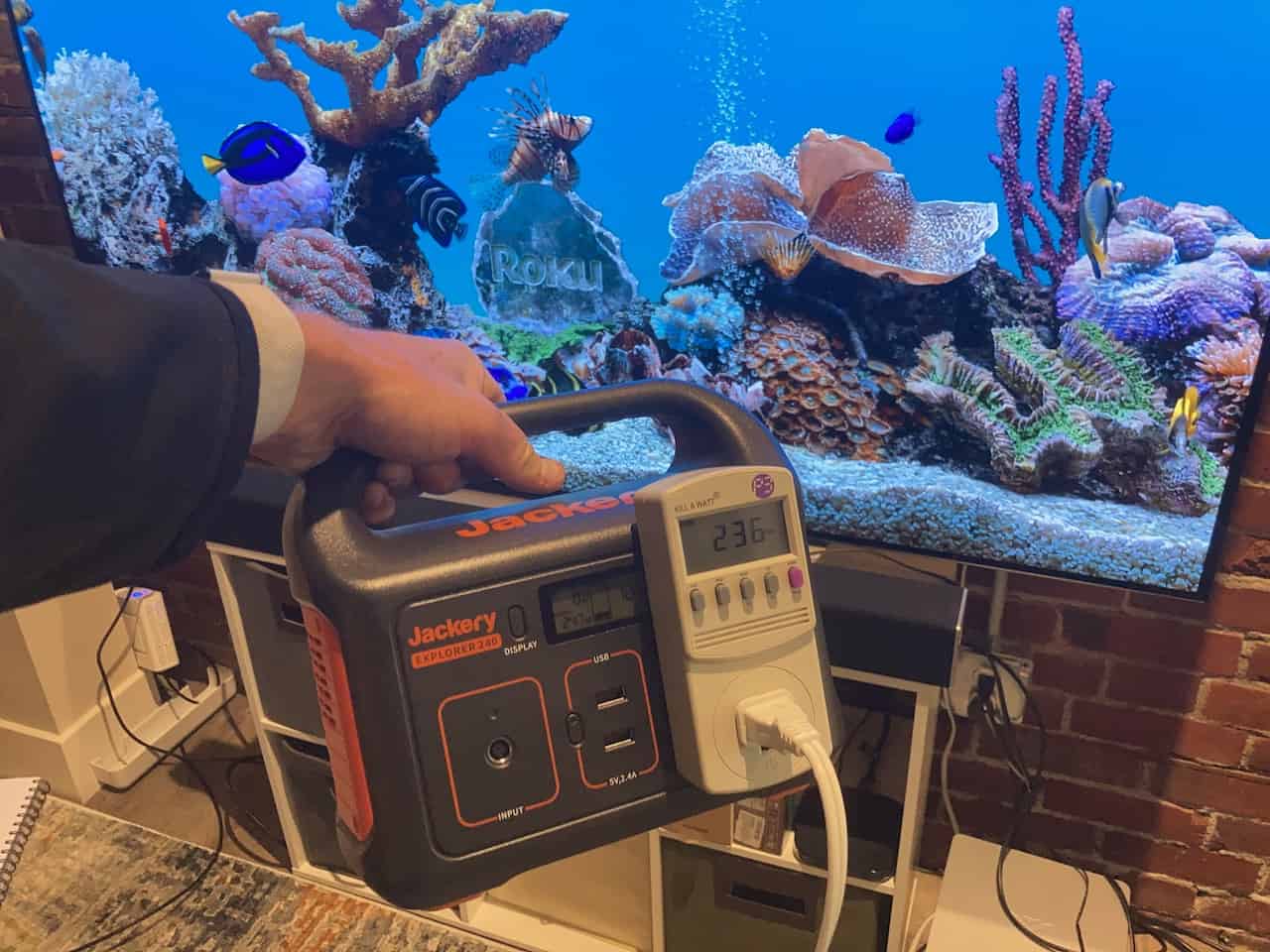 Those are some basic guidelines, but the only way to know how many watts your television consumes is to look it up.

Luckily, this information is easy to find in the TV’s manual, online, or from a retailer.

Can you power a TV with a solar battery generator?

Yes. You can absolutely power a TV with the modern Li-Ion Battery Power Stations. I tested a number of solar battery power stations on my own 65-inch TV, and every battery station great then 240 watts worked like a charm. The Yeti 200x failed, and so I didn’t test below that. But the Jackery 240, 300, 500, & 1000 all powered my TV great. The EcoFlow Delta 1300 of course had no problem at all.

Can a Portable Generator Power a TV?

Portable Solar Battery Generators to Power a TV – My Recommendations

Depending on how long you need to power your TV, I would recommend at least a 500W battery generator to power your TV. You could get by with say the Jackery 300, or 240. But then you may only get 1 hour of TV. So, I hope you’re not binging a great show. With a 1,000+ Wh battery like the Jackery Explorer 1000 or the EcoFlow Delta 1300, you’ll be able to get close to watching a whole season of a 30-minute show.

Easy to carry, not too heavy, good capacity: 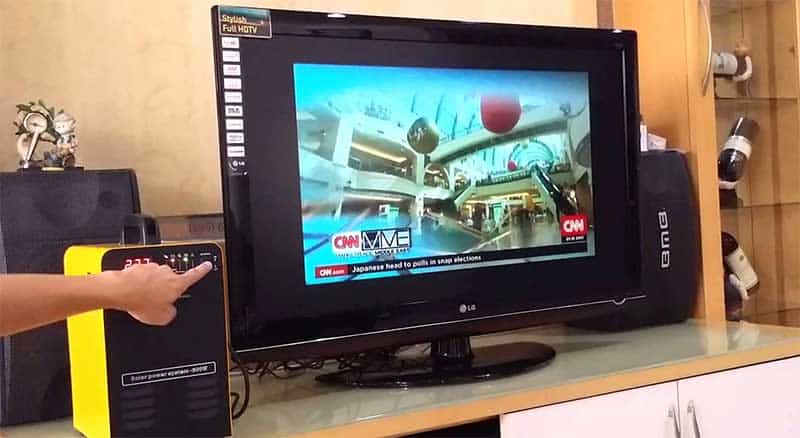 When buying a portable generator, you’ll see discussion of both starting or surge watts and running or rated watts.

Many things, namely tools and appliances with motors, require an extra boost of power when starting up and less continuous power when in use.

For example, your dishwasher would use that extra surge of wattage but your television would not.

You only need to pay attention to the wattage listed for your particular model of television.

As long as this number comes in lower than the running watts the generator is rated for, you shouldn’t have any problems.

Is the TV Sharing the Load?

Since most TVs have a small enough wattage, they will typically be easily powered by even a lower-power portable generator.

However, it’s unlikely that the television is the only thing you’ll be powering.

Always add up the total wattage of everything you have connected to the generator (Click here to check out our total wattage calculator to estimate your needs).

If you don’t do this and you try to power more than the generator can handle, it will overload.

You Need an “Inverter” for Your TV Screen

With electronics, it’s vital that you have an inverter generator.

Inverter technology protects your sensitive electronics by keeping the energy clean and steady.

When the voltage is stable without big fluctuations, your electronics aren’t at risk for serious and permanent damage.

If your generator is not an inverter, it cannot power your TV. Or at least, it would be putting the TV at great risk.

Another thing to consider is the noise factor.

Some generators get quite loud, especially when running a heavy load.

You don’t want to have to compete for the television volume with the generator volume.

If you’re running a generator and blasting a television, there’s a good chance you’re going to annoy your neighbors or anyone else nearby.

This is something to consider when you’re buying a generator.

The good news? Portable generators continue to get quieter.

Many great models on the market today are only about as loud as normal conversation (Click here to see our top 10 quietest generators list).

Portable Gas Generators to Power a TV – My Recommendations

Even the smallest portable inverter generators should be able to handle powering a TV.

Since you will likely want to power other things at the same time, though, it’s a good idea to choose a generator with a bit more power, at least 1,600 watts. 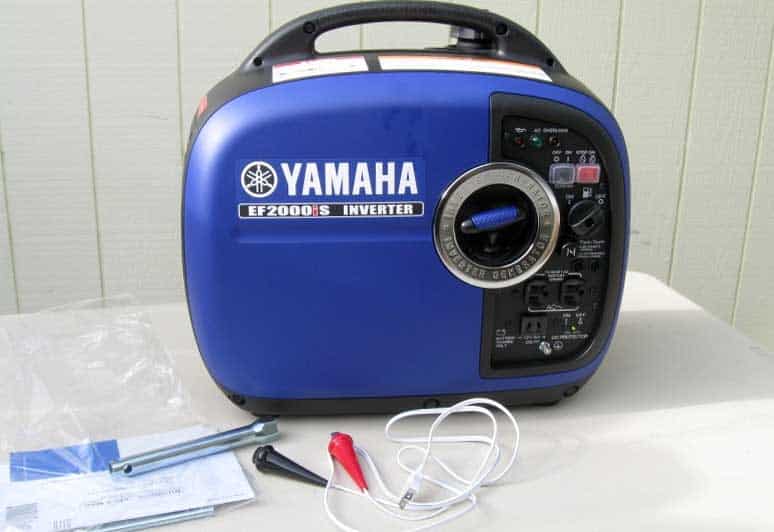 The Yamaha EF2000iSv2 is one good option. It’s rated for 1,600 watts, uses inverter technology, and is known for consistent performance and durability. It’s also extremely quiet.

If your total wattage needs are quite a bit higher, the Briggs & Stratton 30545 P3000 is worth looking at.

The noise level is a bit higher on this generator, but it will only reach that “too loud to hear the TV” level if you’re operating a max-capacity load with a lot of additional things plugged in as well as the television. 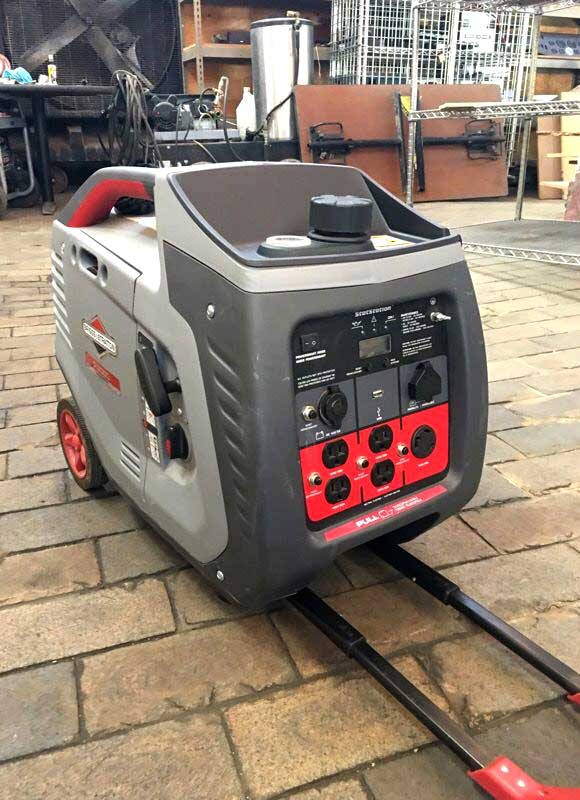 If you want to settle in and watch some movies without having to stop to refuel too often, you might want to look at the Champion Dual Fuel Inverter.

At a 500-watt load (more than enough to cover a television and a DVD player), it will last for nearly 12 hours. 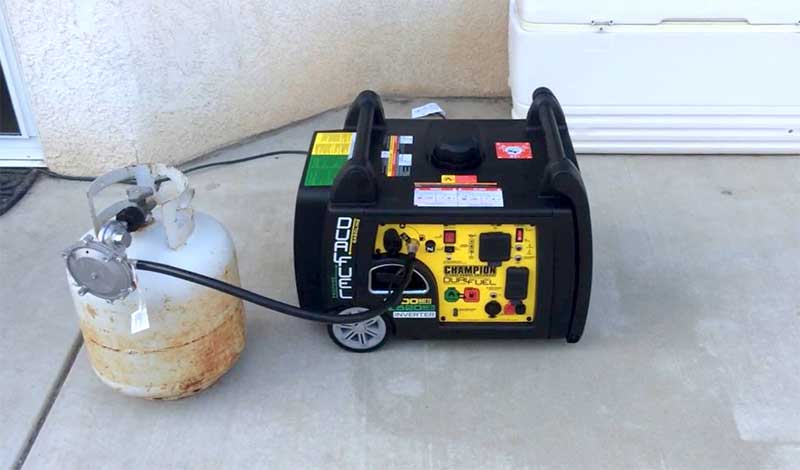 It’s also rated for 3,400 watts, and you can use either gasoline or propane for fuel.

Like the Briggs & Stratton model, this generator has the potential to be fairly loud, but the noise level should still be reasonable.

It’s usually possible to power a TV with a portable generator, but it’s important to understand your wattage needs and generator capacity.

In addition to finding out how much wattage your TV requires, you need to take into account the total wattage of everything you are powering.

To safely power your TV with a portable generator, it’s important that the generator is an inverter.

Have you ever powered a TV with a generator? How was the noise factor?

Do you have any questions about generators and TVs that we didn’t cover?

Let us know in the comments.