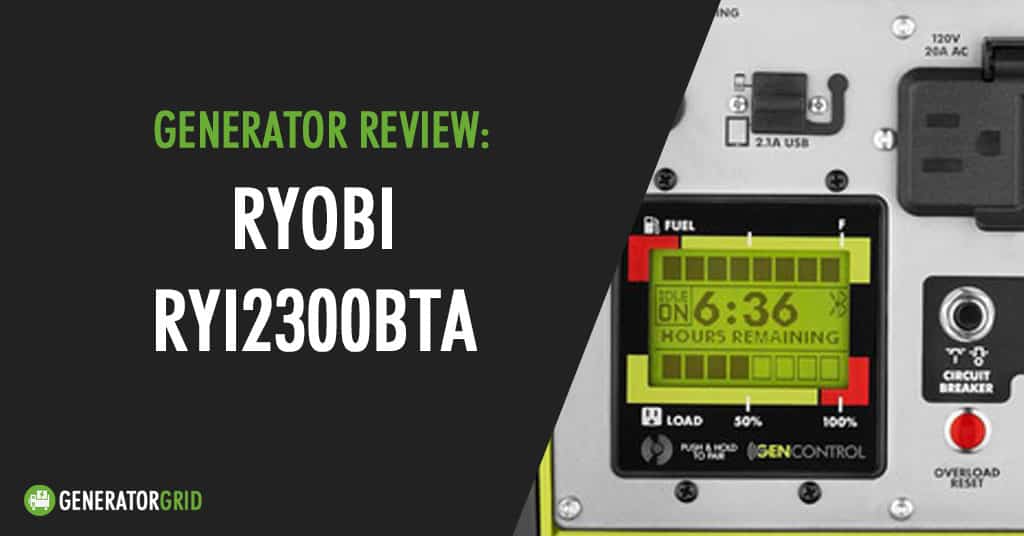 While I have reviewed countless portable generators from the most well-known brands to the newest of offerings, the generator I am reviewing today is a first, the Ryobi RYI2300BTA.

Ryobi is no stranger to the tool industry as they have been providing high quality tools for decades. They are newer to the generator industry, so seeing what features they integrate into this generator will be interesting.

Let’s take a closer look at the Ryobi RYI2300BTA’s features and see how it can be a great generator for your needs.

First impressions of the Ryobi Ryobi RYI2300BTA generator reveals that the company did not stray far from their core branding colors.

The lime green and charcoal color scheme is a dead giveaway that this generator is made by Ryobi.

An integrated telescoping handle and wheels shows that this generator is going to be easier rolled than carried.

It is going to weigh in at 53lbs which is a little heavier than most will want to carry with a carrying handle. 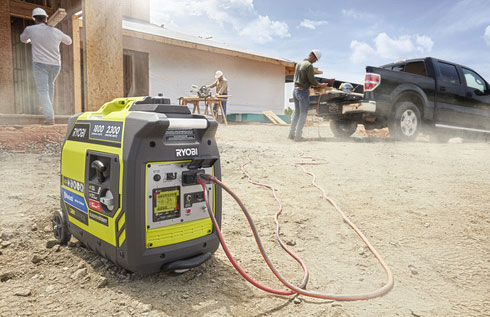 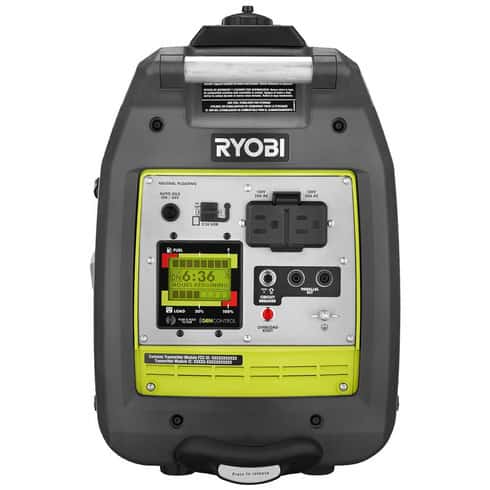 When it comes to power, you are going to get a 79cc engine that puts out 2300 starting watts and 1800 running watts.

One of the best features of this generator is going to be the Bluetooth capabilities allowing you to have full control over your generator from Ryobi’s app.

This is a great addition for those who are planning to use their generators on their RV, in colder weather, or during storms where you will not want to have to go out to your generator to check or adjust anything. 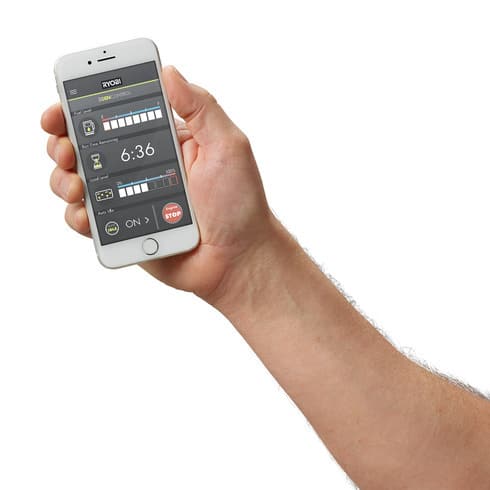 Moving on to the outlets, you will get a pair of 120V 20A AC household outlets and 2 USB outlets that will make charging most tools or appliances a breeze.

You will also get parallel connections that allow you to hook up an additional Ryobi generator to your original one for twice the power and double the outlets.

When choosing a generator for residential or camping use, noise levels should be taken into consideration.

After all, you don’t want to annoy your neighbors or family members with a noisy generator.

As an industry standard, generator noise levels are measured in decibels and noise readings are usually taken at 23 feet away from the generator.

This Ryobi generator is going to feature an ultra-quiet operation at only 57 dBa which is quieter than a normal conversation.

This makes this generator a great candidate for home, camping, and tailgating use.

This is a higher than average run time for generators of this size.

It utilizes an 80cc Ryobi OHV 4 cycle engine and has an auto-idle fuel saving technology that helps conserve fuel.

I could sit here and talk about the features and specs of the Ryobi RYI2300BTA generator all day, but the true testament is seeing how it stacks up against other generators.

What I have done is hand pick two generators in the same power bracket as the Ryobi generator to compare the power ratings, noise levels, and outlet selection to give you a better idea of which is best for your specific application.

To start things off, we are going to put the Ryobi up against one of the most well known generator producers in the industry – Generac.

Generac manufacturers generators in all shapes and sizes from small inverters to commercial sized, home backup units. Today, we are going to put the Ryobi RYI2300BTA up against Generac’s 7117 generator.

Noise Levels – One downfall of Generac is that they usually do not provide noise ratings for their generators which makes them hard to compare to in these types of situations. However, with Ryobi putting out only 57 dBa, I would say that it would be pretty hard to beat, so I am giving this one to Ryobi.

Power Outlets – Comparing the power outlets of the two generators, it is nice to see that they both are going to offer covered outlets. However, the Generac wins this round as it offers the same household and USB options as the Ryobi, but includes a 12V cigarette lighter style outlet as well. Both generators will offer parallel connections.

To put the Ryobi to the ultimate test in its power class, I am going to put it up against one of the most popular generators in the 2000 watt category, the Honda EU2200i. If you are a long time visitor of GeneratorGrid, you know how much I love the EU2200i, but I can’t be biased, so let’s see how they stack up. 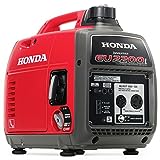 Noise Levels – With Ryobi coming in at a very low 57 dBa, it is often hard to beat when comparing noise levels. However, Honda paid close attention to how their users use their generators and have developed an ultra-quiet generator with the EU2200i. This round goes to Honda with a 48-57 dBa.

Power Outlets – Last but not least, it’s time to compare the power outlets. While both generators are going to offer parallel capabilities and 2 household AC outlets, they are both going to offer different secondary outlets. The Ryobi will come with USB outlets and the Honda will feature a battery charging outlet. As far as which is better, that is going to depend on what you plan on using your generator for.

One thing you will always want to look at before making a generator purchase is the customer reviews to get real world feedback.

At the time of this article, this generator had 32 ratings on Amazon with an average score of 4.5 out of 5 stars.

After taking a look at some of the one star reviews, it looks like the issues that some people have are one off and not widespread.

Taking a look at Ryobi’s warranty shows that most of these problems can easily be solved with a warranty claim as well.

I would not be worried about any future problems when buying this generator as none of the issues have been recurring.

In My Opinion: Should You Buy It?

After looking at all of the features, pros, and cons of this generator, the big question still remains – should you buy it?

This Ryobi generator is easily one of the most convenient generators I have reviewed.

The Bluetooth functionalities make it easy for anyone to use this generator.

It is competitively priced and has many of the same great features found on most generators in its class.

I would not hesitate to suggest this generator to those in the residential field or commercial field as I believe that it can work greatly for both.

With a warranty that covers both uses, it is easy to see that Ryobi has built this generator to last.
I hope that this article has helped you get to know the Ryobi RYI2300BTA a little more and gave you the information needed to make an informed purchasing decision. 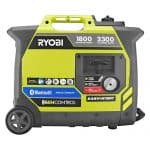